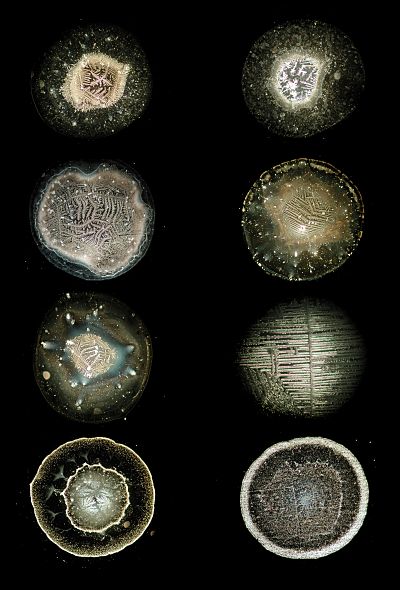 The upper three pairs of pictures show saliva before and after the respective phone call. The saliva on the left was extracted before the phone call, that on the right after the phone call. Most notably, after being exposed to the mobile phone the structure of the saliva has changed to a more rigid and less diverse structure.

The lower pair of pictures shows the impact of the same experiment on water taken from lake Constance (German - Bodensee).

All illustrations have been taken from the book “World in a drop”, edited by GutesBuch Verlag.

Find more information about our water research in our books and papers ...
You find this foto also in our shop.!